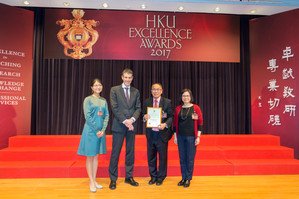 Led by Professor Yip, the Centre uses a public health approach advocated by the World Health Organisation for suicide prevention that involves multi-layer intervention: indicated, selective and universal. They have worked with community stakeholders to launch community based suicide prevention programmes. With support of the Coroner’s Court, they have developed the most comprehensive surveillance and monitoring system of suicides using Coroner’s court data. They have done vigorous psycho-autopsy research in identifying risk and protective factors for suicidal risks. With the support of donors and government funding, they have been testing good practice models including positive mental work for school children, restriction of means of suicide, social media engagement with vulnerable youth, and knowledge exchange with and for the community.

All the suicide prevention work of the Centre is evidence-based and empirically validated, and the Centre has become a knowledge hub for suicide prevention locally and internationally. Their work has reduced the myth of suicide and improved awareness of mental health in the community. The quality of suicide news reporting has significantly been changed to avoid copycat effect. Combined with the concerted effort in the community, the suicide rate of Hong Kong has gone down from its historical high 18.8 per 100,000 in 2003 to estimated 12.6 per 100,000 in 2016, which is an impressive 36.9% reduction.

Watch the KE video on their project.

The university-level KE Excellence Award was introduced in 2015-16 to recognise the significant impact that our academic staff had made to benefit society.

The HKU Three Minute Thesis (3MT®) Competition 2018 was successfully held on March 7, 2018. This year 23 final-year MPhil and PhD students participated in the competition. For details, please visit the 3MT website.

If you would like a hard copy of the newsletter, please send your request to keoffice@hku.hk.